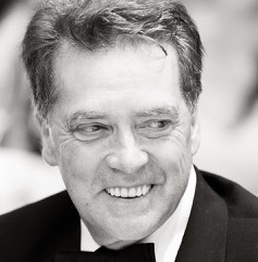 Robert (Bob) Thomas Smith passed away peacefully at Hilltop House in Squamish BC on a sunny winter’s day. Husband, father, grandfather and adventurer Bob had a great love and appetite for a life well lived. He passed “gently into that good night” after a long battle with dementia and heart disease. He is survived by his wife Kathleen, his children Caitlin, Laura and Jason and his grandchildren Amelia, Jack, Augustin, June and James.

Bob was born in Vancouver BC to Margaret McFarlane (deceased) and Donald Smith (deceased) had a sister Donna (Laughton) and grew up in Victoria BC. After some colourful teenage years he found his professional purpose studying mathematics, first at the University of Victoria and then postgrad at the University of Toronto. He passed his actuarial exams while at Manulife in Toronto and after marrying Kathleen in 1979 they moved to Vancouver BC.

He worked at Fidelity/Seaboard Life and obtained his MBA from the University of British Columbia. He eventually became president of Seaboard Life Insurance and held this position until the company was sold.

Bob consulted for William Mercer Ltd for a few years before moving on in his semi retirement to various board positions with Healthcare Benefit Trust, Worksafe BC and BCAA. He obtained his Directors College designation and INSEAD designation during this time. He and Kathleen retired from Vancouver to Whistler BC where he was an active volunteer with Whistler Blackcomb Mountain and the Rotary Club. He greatly enjoyed his skiing, photography, woodworking, bridge, golfing, hiking, reading and music.

Bob never stopped being curious about the world he lived in and he took great pleasure in traveling whenever he could, photographing special moments both on land and in the ocean while meeting many people in the course of these travels.

Bob’s columbarium niche will be located in the forest in the Whistler Cemetery and a celebration of his life will be held later in the year when the weather permits. There is a memorial page for Bob on the Squamish Funeral Chapel website.

Words cannot express our deep gratitude to Dr. Gornall, Dr. Millar and the wonderful healthcare staff and volunteers at Hilltop House in Squamish BC.They were there for us every step of the way with their dedication, love and support especially during the last two years and the challenges of Covid. We ask all the friends and organizations whose lives were touched professionally or personally by Bob to consider donating to the Hilltop House Support Society in lieu of flowers. Your donation will allow these good people to continue their outstanding work in helping other residents lead meaningful lives despite their health challenges.